The past couple of weeks have been busy from an earthquake perspective. There have been four M7 events.

I am writing this report a few days late. But, better late than never!

There was a magnitude M 7.0 earthquake offshore of the Solomon Islands.

The largest earthquakes that happen on Earth happen on these subduction zone faults.

However, as the earthquake mechanisms (e.g., focal mechanism or moment tensor) were calculated and posted online, it was clear that this was not a megathrust earthquake. 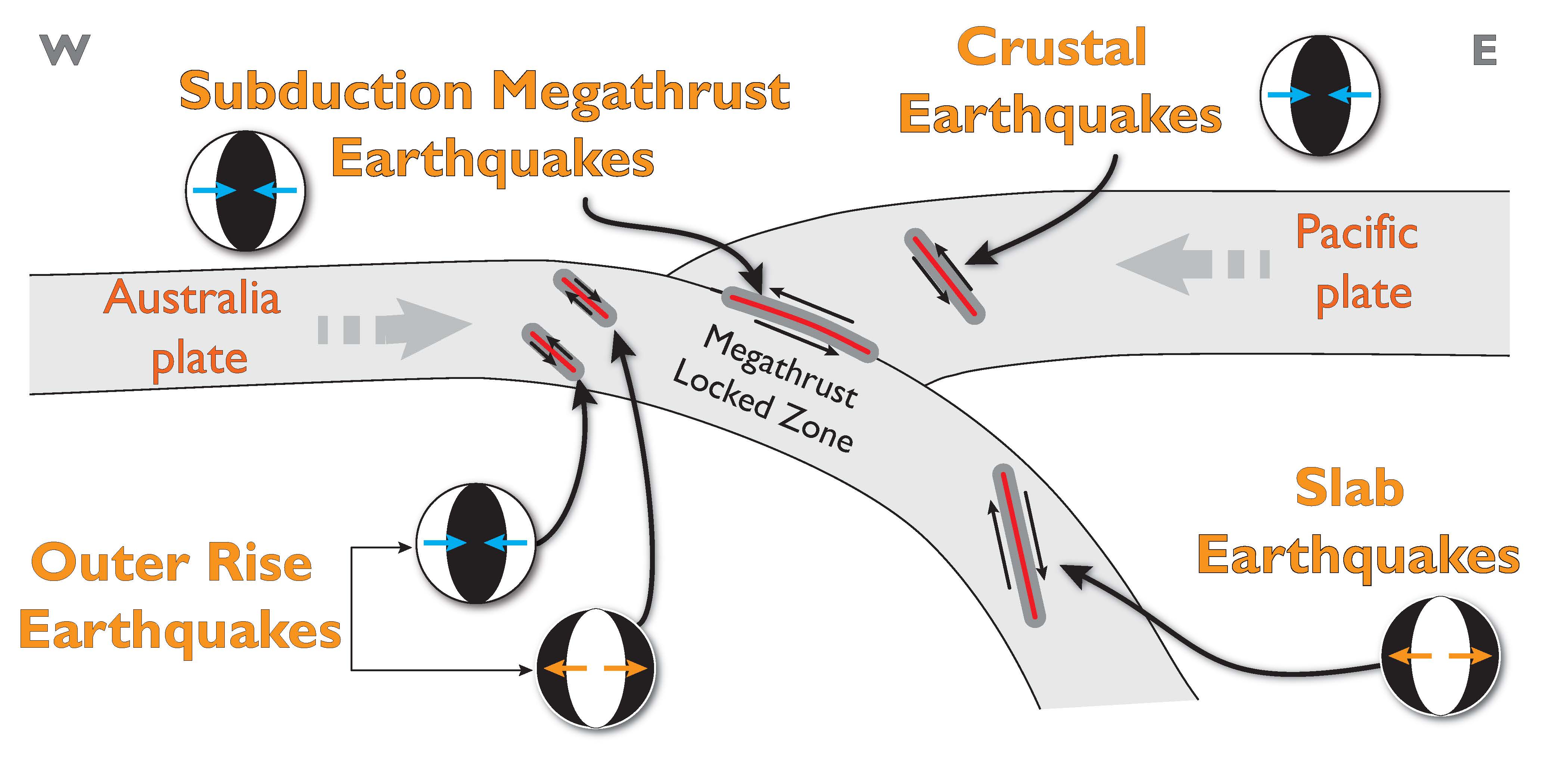 Here is a legend for these different mechanisms. We can see what the mechanisms look like from map view (from looking down onto Earth from outer space or from flying in an airplane) and what they look like from the side.

The mechanism for the M 7.0 Solomon Isle earthquake is an extensional (normal) type of an earthquake that happened in the slab of the Australia plate.

Typically, the extension in these slab events is perpendicular to the plate boundary fault because that is the direction that the plate is pulling down (slab pull) due to gravity or that is the orientation of bending of the plate that causes this extension.

In this case, the orientation of extension is oblique (not perpendicular, nor parallel) to the plate boundary. The leading hypothesis for this is that there is some pre-existing structure in the Australia plate that hosted this earthquake fault slip.

If we look to the west, to the structures in the Woodlark Basin, we see some candidate structures for this earthquake. These are faults that are related to the seafloor spreading that formed the Woodlark Basin. It is possible that some of these faults have been subducted beneath the Solomon Isles (though this is unclear).

Here are the tide gage data from https://webcritech.jrc.ec.europa.eu/SeaLevelsDb/Home. This is a small tsunami that happened on a tide gage with noisy data. So, it is difficult to tell how long the tsunami lasted here.

Here are the DART data from the same website. I triple checked the size of the wave but it still seems a little large for a seismic wave. I could still be wrong. Feel free to contact me if you think this plot needs to be corrected! quakejay at gmail.com. 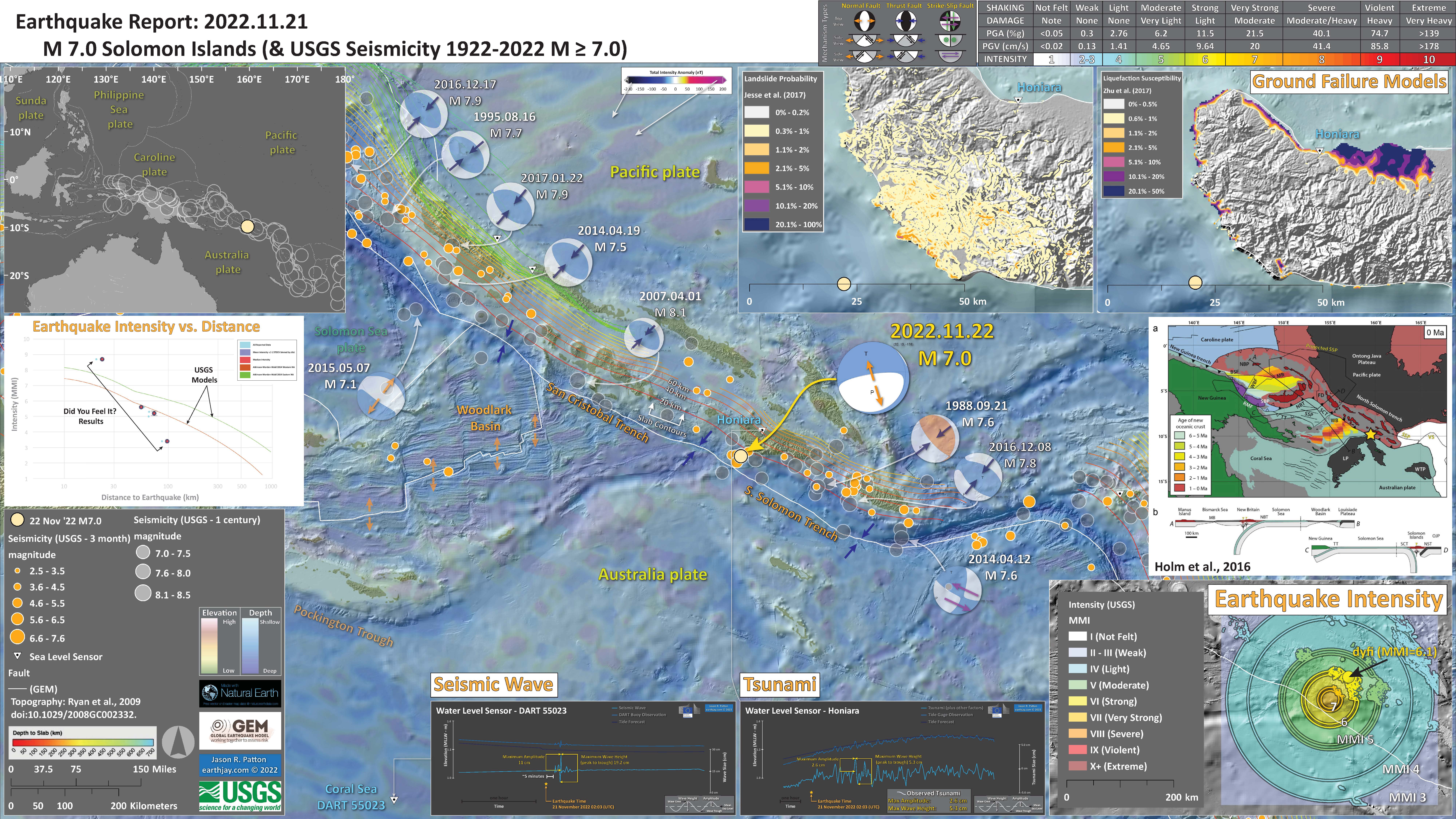