There was a damaging earthquake in Turkey yesterday, a magnitude M 6.1.

The seismic hazards of this region of the Earth is dominated by a plate boundary fault, the North Anatolia fault (NAF).

The NAF is a right-lateral strike-slip earthquake fault that has a slip rate of about 24 mm/yr. This fault is similar in fault type and slip rate to the San Andreas fault in California.

There have been a series of large earthquakes along the NAF in the 20th century. See the poster below that highlights the 1999 M 7.6 Izmit Earthquake. 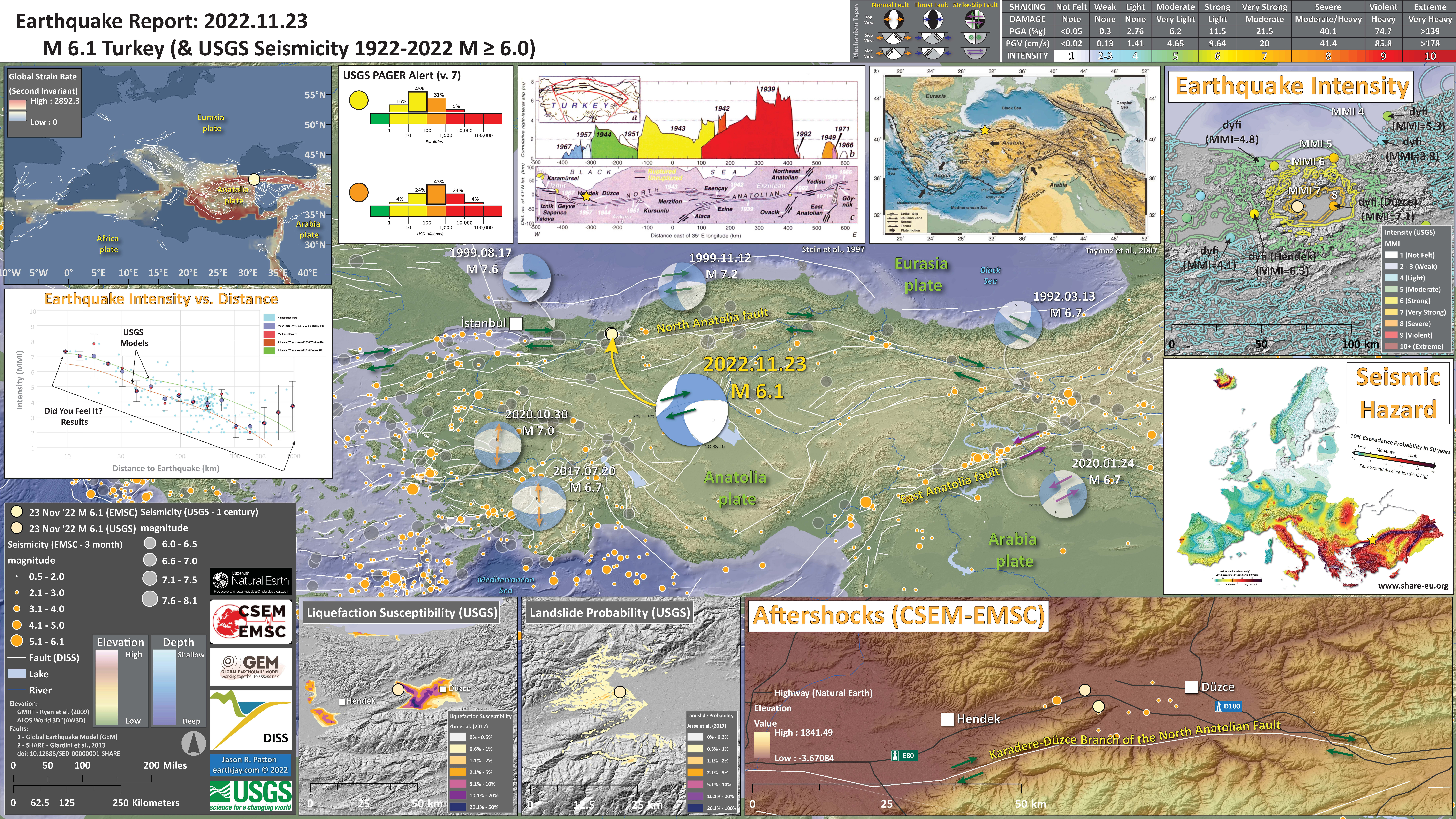 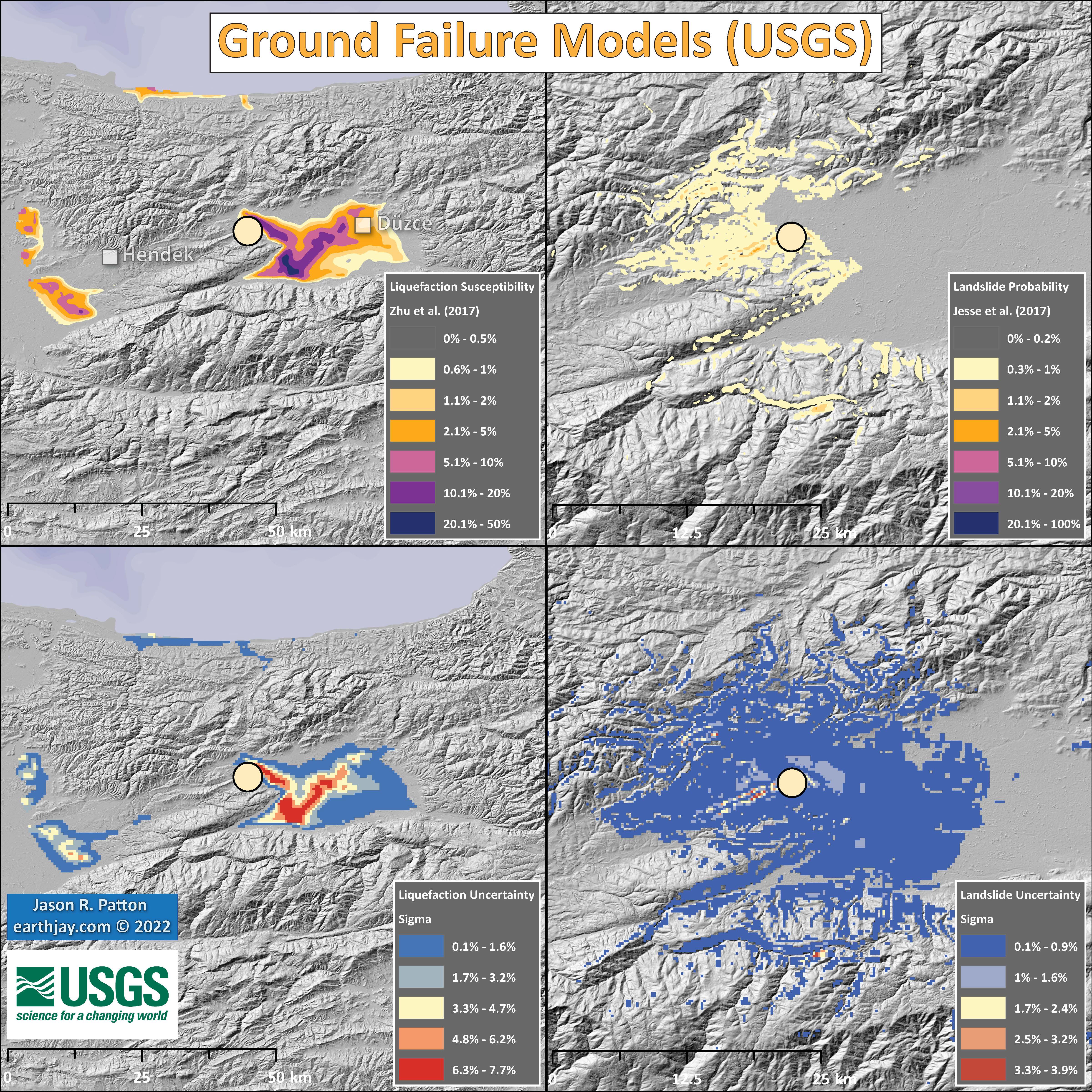 strong shaking in the Düzce region, close to the 1999 M7.2 temblor

Early morning, Nov. 23 local time, a magnitude 6.1 earthquake occurred 16 km (10 mi) west of Düzce, Turkey. This event is currently at PAGER level orange, indicating significant damage is likely & the disaster is potentially widespread. Our thoughts are with the people of Düzce. https://t.co/0fRUHHnnaS pic.twitter.com/CG2DuWfOfK

Also playing in to this is the Baader-Meinhof phenomenon, also known as the frequency illusion. https://t.co/yWLqZIoN8b

The region has already a lot of landslides. Triggering will depend on H2O saturation. The NAF also created quite a lot of pull apart basins which are prone to liquefaction, especially around Golyaka

It looks like side faulde of main North Anatolian Fault
At 11/1999 we had major earthquake (7.2Mw) on the NAF segment
08/1999 (7.6Mw) Marmara earthquake had struck southern bold red higlihted fault

Today's tremble was felt over a vast area from western istanbul to ankara pic.twitter.com/RUaU9qKLus

Thanks to the seismic records provided in particular by KOERI and IRIS pic.twitter.com/3unR3l5aAZ

Great use of @CopernicusEU #Sentinel1 to help resolve strain rate, & earthquake hazards, in Anatolia. Shows why Mag 5.9 earthquakes, like Duzce, should come as no surprise.https://t.co/UaobvrrHXS pic.twitter.com/jyCFstX9rX