I am catching up on some Earthquake Reports that I did not yet post since my website was being migrated to a more secure and reliable server (and more expensive).

The fault between these plates is called a megathrust subduction zone fault and the plate boundary forms the Middle America trench.

This M 7.6 earthquake mechanism (the “moment tensor”) shows that this event was a compressional earthquake (reverse or thrust).

Based on it’s location, the event probably happened along the megathrust fault.

This earthquake even generated a tsunami recorded on tide gages in the region! 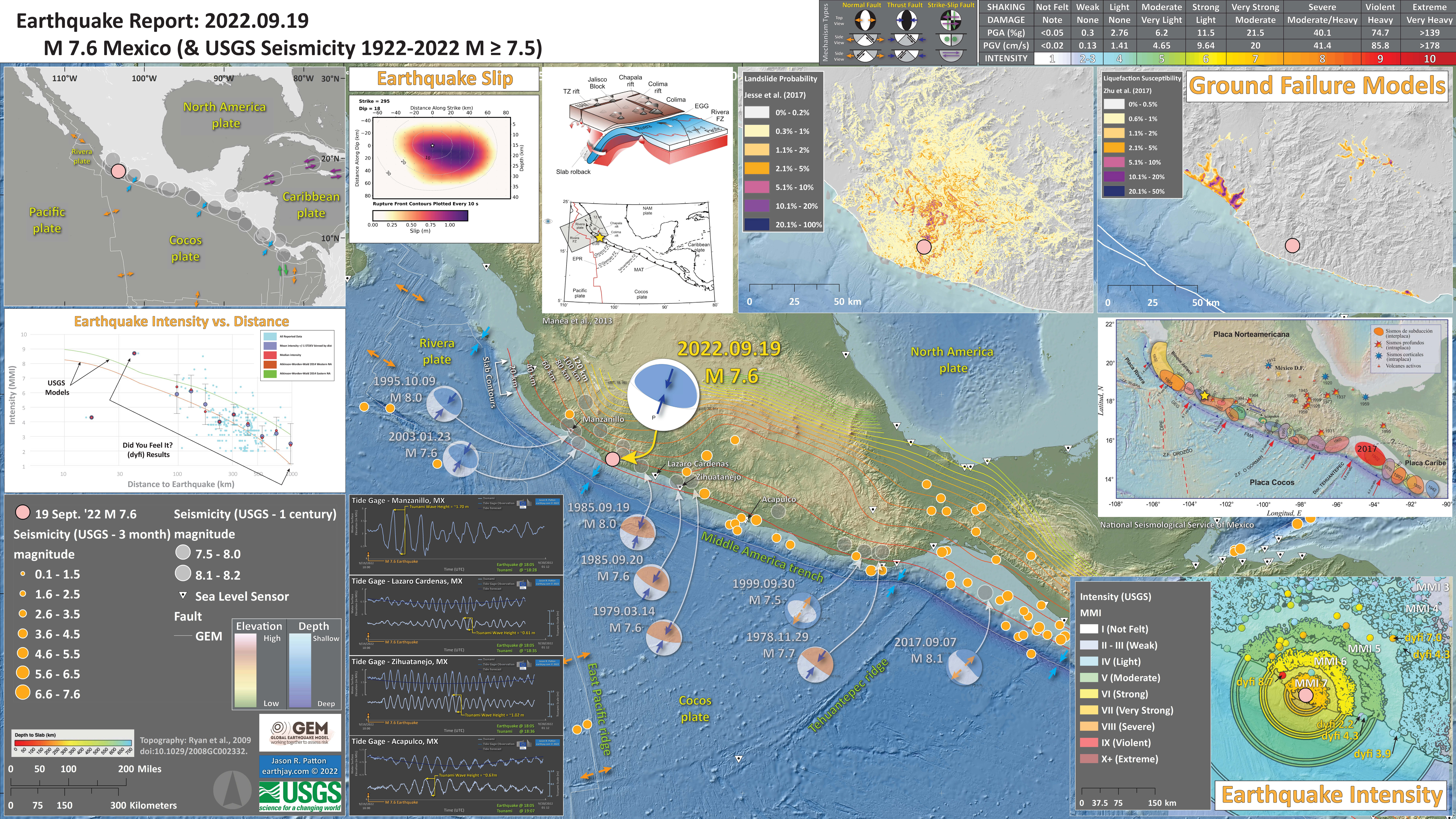 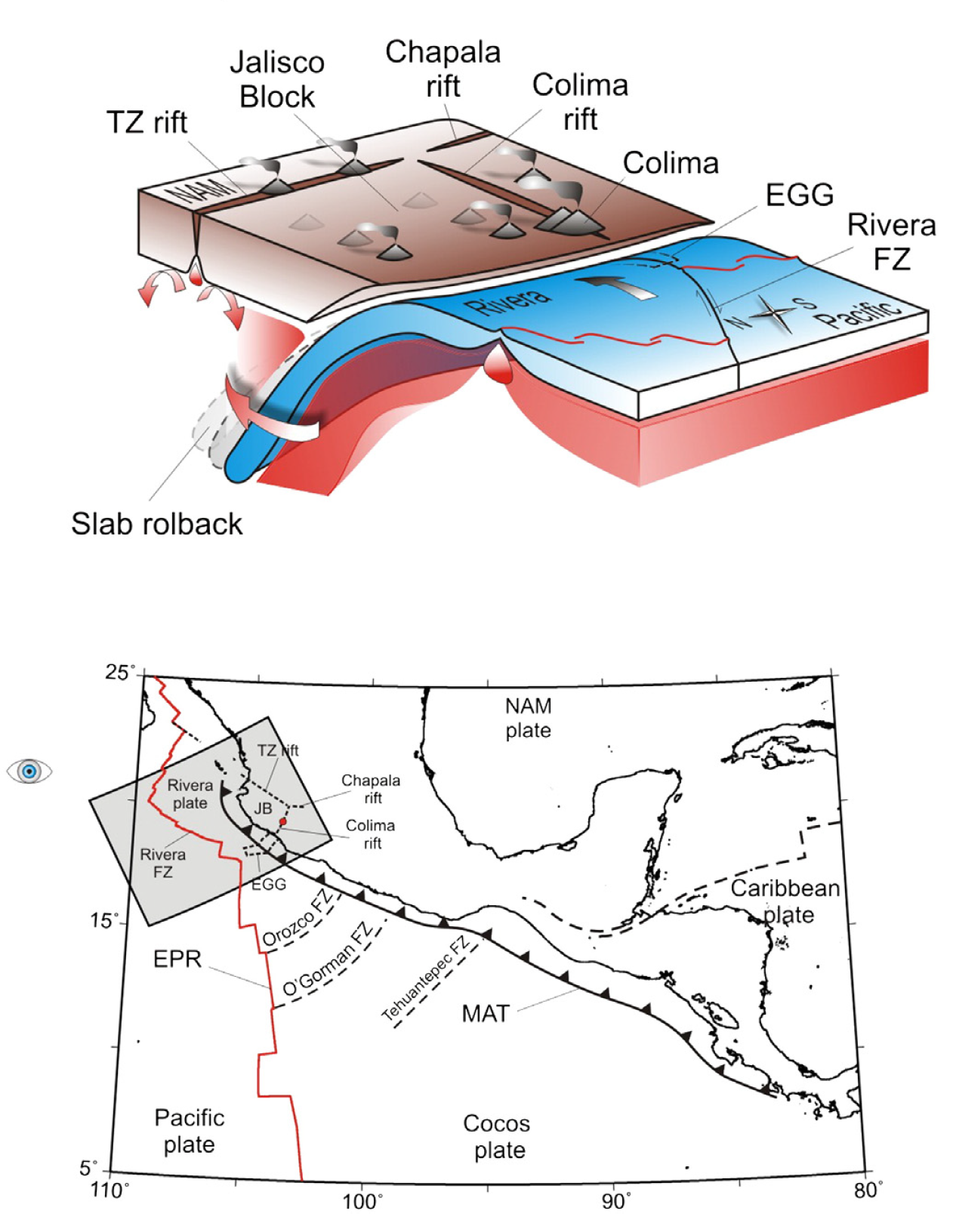 Development of the Tepic–Zacoalco (TZ), Colima, and Chapala rifts. The TZ rift is formed by the Rivera slab rollback, enhanced by the toroidal flow around the slab edges. The Colima rift is probably related with the oblique convergence between Rivera and NAM plates at ~5 Ma. 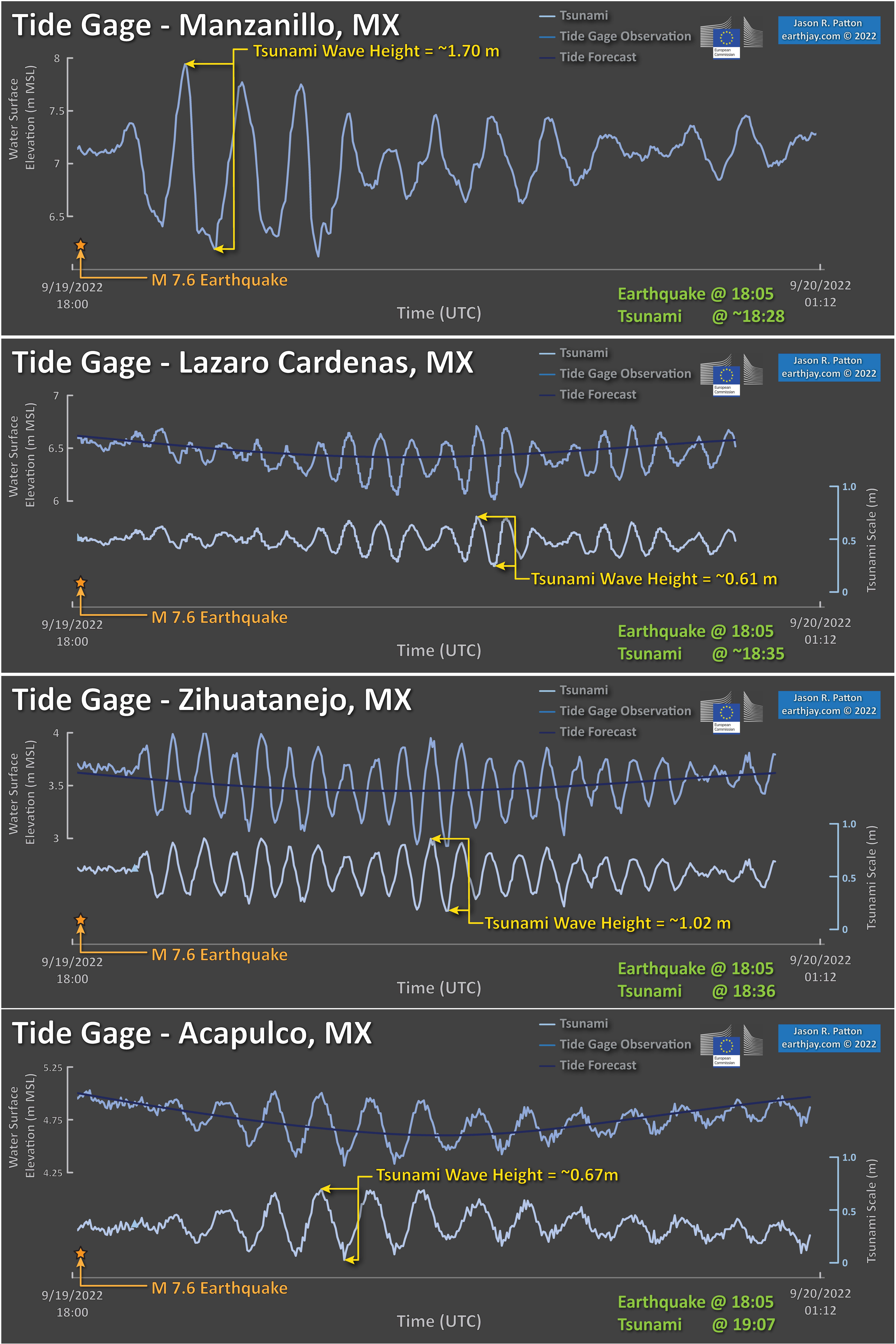 Rupture zones (ellipses) and epicenters (triangles and circles) of large shallow earthquakes (after KELLEHER et al., 1973) and bathymetry (CHASE et al., 1970) along the Middle America arc. Note that six gaps which have earthquake histories have not ruptured for 40 years or more. In contrast, the gap near the intersection of the Tehuantepec ridge has no known history of large shocks. Contours are in fathoms.

The study area encompasses Guerrero and Oaxaca states of Mexico. Shaded ellipse-like areas annotated with the years are rupture areas of the most recent major thrust earthquakes (M≥6.5) in the Mexican subduction zone. Triangles show locations of permanent GPS stations. Small hexagons indicate campaign GPS sites. Arrows are the Cocos-North America convergence vectors from NUVEL-1A model (DeMets et al., 1994). Double head arrow shows the extent of the Guerrero seismic gap. Solid and dashed curves annotated with negative numbers show the depth in km down to the surface of subducting Cocos plate (modified from Pardo and Su´arez, 1995, using the plate interface configuration model for the Central Oaxaca from this study, the model for Guerrero from Kostoglodov et al. (1996), and the last seismological estimates in Chiapas by Bravo et al. (2004). MAT, Middle America trench.

#EarthquakeReport for the M 7.6 (likely) subduction zone #Earthquake in #Mexico on 19 Sept 2022

catching up on reports that happened after my website went down